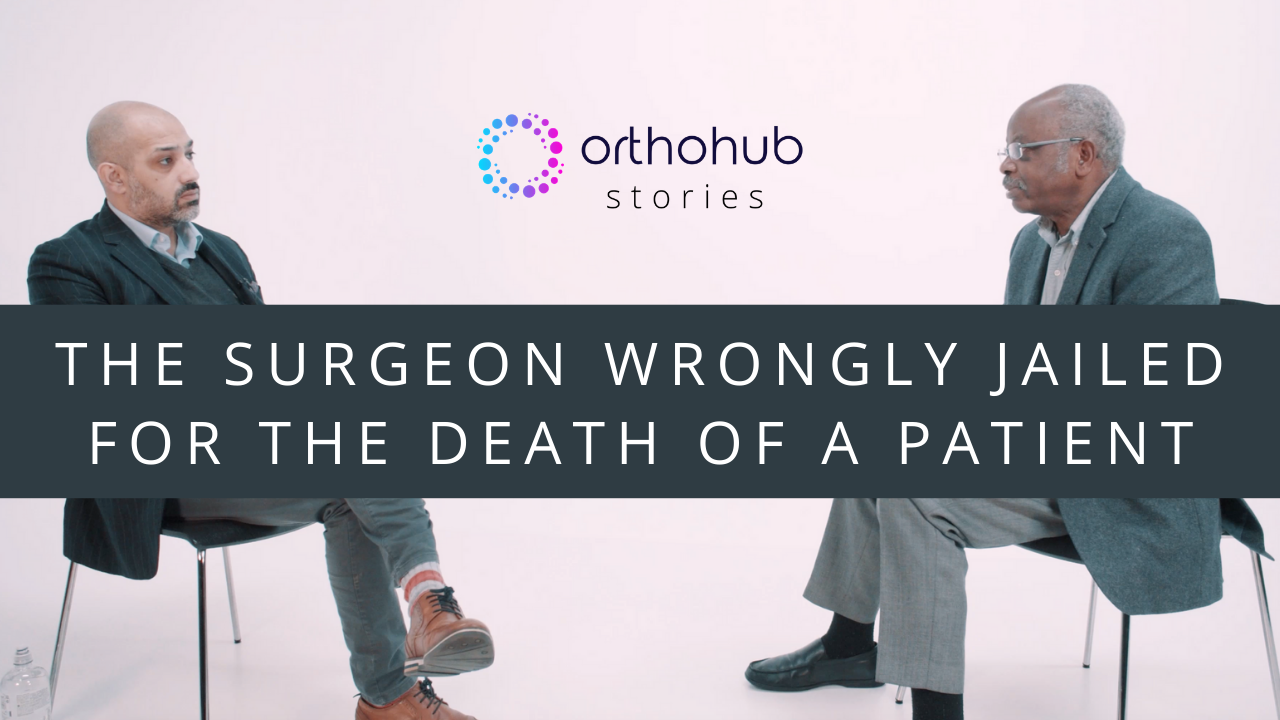 see one / do one podcast
by orthohub

David Sellu (https://www.davidsellu.com) was a respected colorectal surgeon with a record of over 40 years of outstanding medical service. He saved countless lives over 4 decades of practice, but then one patient encounter changed his life forever when a patient died under his care in February 2010. He was investigated by the GMC and then tried at the Old Bailey, where he was charged and convicted of gross negligence manslaughter in 2013.

Many of the complexities of the case were not adequately explained or explored to the jury, and he was convicted by a jury with a majority of 10-2. He was jailed in a maximum security prison at the age of 66 and served 15 months of a two-and-a-half year prison sentence. His conviction was later quashed on appeal after major failings were discovered regarding his first trial.

His story is one that sent shockwaves throughout medicine and has implications for every doctor.

This conversation uncovers his early years in Sierra Leone where he received no formal education and taught himself how to read and write, often studying under street-lamps for illumination. He went on to win a scholarship to Manchester Medical School, become a Senior Lecturer in Surgery at Hammersmith Hospital and a Consultant General and Colorectal Surgeon in Oman and London.

It is a story that encompasses a stellar career, medical error and blame culture, injustice, the brutality of life in prison, the battle to overturn his conviction and clear his name, and the ongoing fight to make sure this never happens again.

see one / do one podcast
latest episode

You can find out more about which cookies we are using or switch them off in settings.

This website uses cookies so that we can provide you with the best user experience possible. Cookie information is stored in your browser and performs functions such as recognising you when you return to our website and helping our team to understand which sections of the website you find most interesting and useful.

Strictly Necessary Cookie should be enabled at all times so that we can save your preferences for cookie settings.

If you disable this cookie, we will not be able to save your preferences. This means that every time you visit this website you will need to enable or disable cookies again.